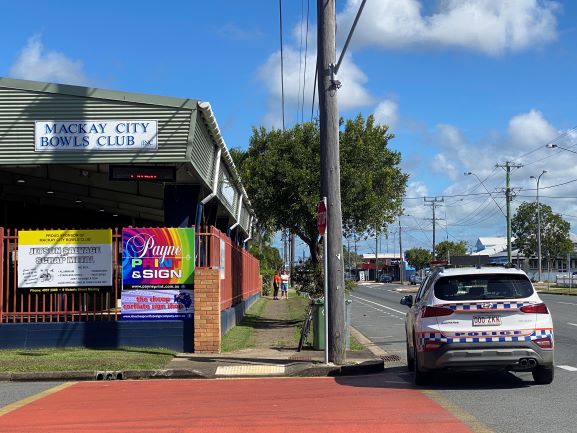 A man has been stabbed in the stairwell of a unit complex in Mackay's CBD this morning.

Paramedics were called to the scene, near the Mackay City Bowls Club, on Shakespeare Street at 9:35am.

They have treated a man for leg wounds, but he did not need to go to hospital.

Police say the alleged offender fled the scene immediately after the incident, but he was later tracked down and arrested on the corner of Hamlet and James streets at 9:50am.

Police say he is in custody but no charges have been laid at this stage.

It is unknown if the men are known to each other or what caused the altercation.