Two charged after toddler dies in hot car - A Townsville mother has been charged over the death of her daughter after the toddler was allegedly left in a car for most of the day amid soaring tem ...
Historic Holden race car could fetch $1m - A 1977 Holden Torana driven by racing driver John Harvey in the 1970s is set to reap more than $1 million at auction.
Trio fired for Maradona open coffin photos - Three funeral workers have been fired for posing for photographs alongside the body of soccer star Diego Maradona shortly before his funeral.
Victoria marks unlikely virus-free status - Victoria has eliminated coronavirus, an achievement that was unthinkable only three months ago.
Mackay smoking rate higher than QLD average - Fewer Mackay residents are reaching for a cigarette but the daily smoking rate is still higher than the Queensland average. The latest Health of Q ...
SA to step back virus restrictions - South Australia has revised a range of COVID-19 restrictions, including opening the border with Victoria, after reporting no new cases linked to the w ...
Car theft, West Mackay - A white coloured 2011 model Toyota landcruiser utility, registration number 200 ZBB, has been stolen from Hinton Street, West Mackay overnight. The ...
Intercity train strike in NSW called off - The NSW Rail, Tram and Bus Union has called off a snap 24-hour strike after the state government cancelled test runs for its new intercity trains.
Public assistance sought regarding traffic crash, Moranbah - Police from Moranbah are seeking public assistance in relation to a traffic crash that happened at 8am on Tuesday, November 17. At this time, a gre ...
Assange's partner asks Trump to pardon him - Julian Assange's partner Stella Moris has tweeted US President Donald Trump on Thanksgiving, appealing to him to pardon the WikiLeaks founder. 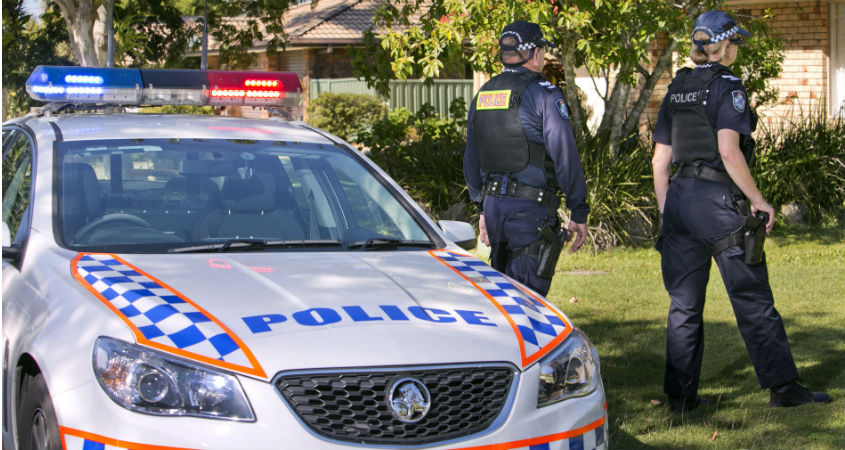 Between 4.45pm on October 27 and 7.30am on October 28, a business on Boyle Road, Sarina was broken into, resulting in the theft of two cars from the premises.

The front door to the business was smashed enabling entry inside.

Once inside, the office, warehouse and storage areas were thoroughly searched.

Keys belonging to two cars onsite were found and these keys were used to steal two vehicles.

The stolen cars are:

At about 4.30pm on October 28, both stolen cars were found on a dirt road at Grasstree Beach abandoned.

The Holden sedan sustained damage to the drivers side fender and door.

The owners of the stolen vehicle’s have been advised and arrangements have been made by police to have them forensically examined.

Police are encouraging all business owners who store keys for cars that are parked on site to store them in secure and out of site locations.

Anyone who may have information about the break in of the business and the theft of the two cars/or the dumping of the stolen cars at Grasstree Beach, is encouraged to contact police as soon as possible.