Man punches shark to save mate from attack - A surfer has come to the rescue of a woman being mauled by a great white shark near Port Macquarie, jumping on the beast and punching it repeatedly un ...
Hull smashes Australian 5000m record - Jessica Hull has pushed through the pain barrier to smash the 18-year-old Australian 5000m record at the Monaco Diamond League meet.
Star Casino fined over 12yo found gambling - A 12-year-old girl is among three minors caught gambling and drinking at Sydney's Star Casino, costing the venue $90,000 in fines.
NSW Health eyes school choir ban: report - NSW Health officials are reportedly considering calling a halt to school choirs and the use of woodwind instruments to stem the spread of COVID-19.
Mistakes laid bare in Ruby Princess report - When COVID-infected passengers were allowed to disembark the now-infamous Ruby Princess cruise ship in Sydney the errors were inexcusable and inexplic ...
Youngest COVID-19 death as Vic passes peak - Victoria has passed the peak of its second coronavirus wave but authorities remain concerned more aged care residents will die.
Three additional COVID-19 cases in Queensland - Queensland Health has announced three new COVID-19 cases, bringing total cases to 1,092. None of the cases are currently considered to be a risk ...
Wayward emu captured in New Jersey - A wayward emu was taken to an animal shelter after it was captured while running through the streets of a northern New Jersey city.
Trespasser disturbed, West Mackay - At about 4.30am this morning (Thursday, August 13) an intruder entered a building on George Street, West Mackay through an open door. They were obs ...
Home break in, Alligator Creek - A large amount of property has been stolen from a home during the course of a break in. Between August 7 and August 12, a thief broke into a home o ... 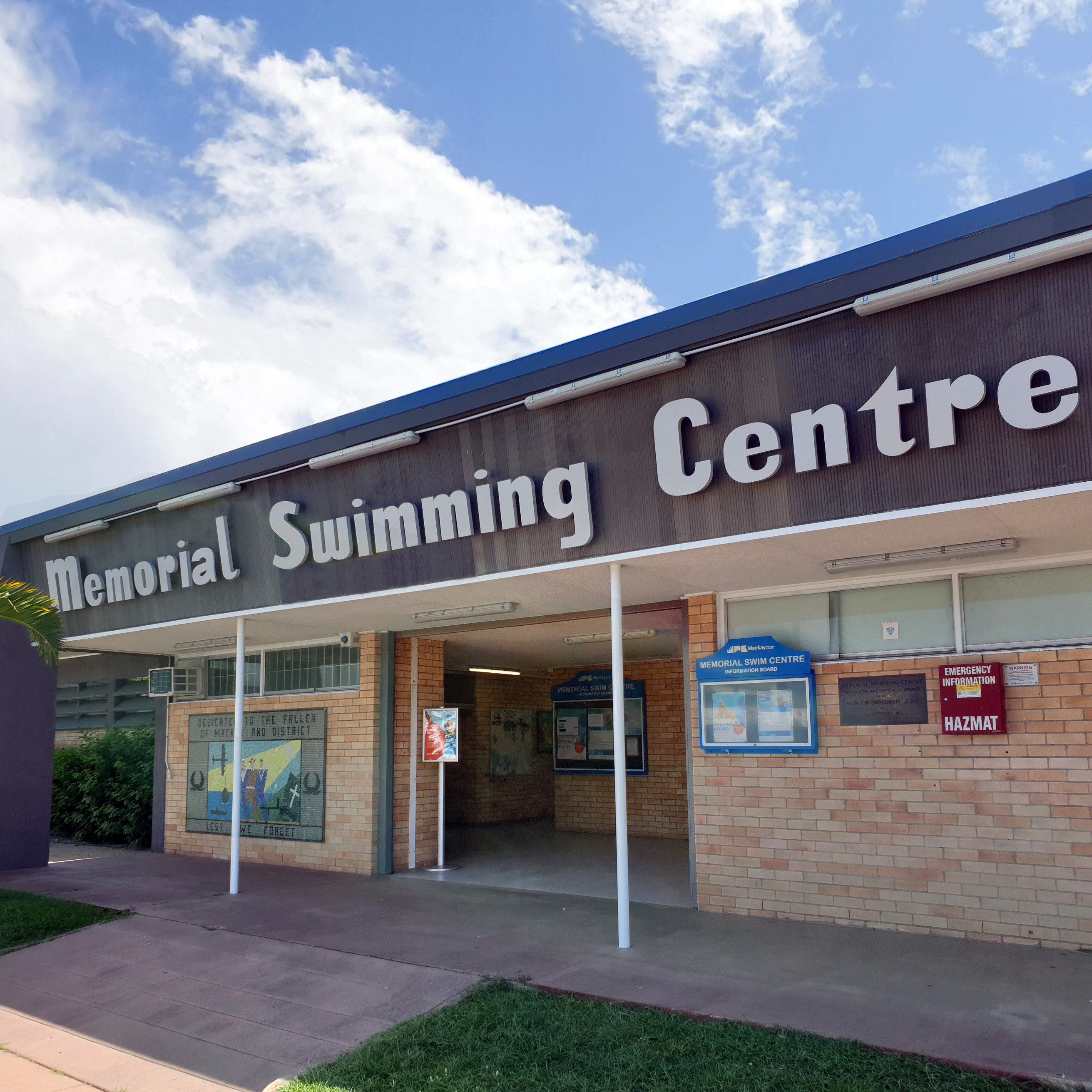 Mackay’s Memorial Swimming Centre has been entered into the Queensland Heritage Register.

The Queensland Heritage Council (QHC) entered the swimming centre into the register at its meeting on 26 June 2020.

The centre, in Milton Street, was built in 1963 during a period in the 1950s and 1960s when “memorial pool” construction peaked throughout Queensland.

“In its form, fabric, materials and layout, the centre is an excellent example of a post-World War II ‘living memorial’ with the dual purpose of providing commemoration and a community facility.”

One of the main reasons the swimming centre qualified for entry into the Queensland Heritage Register was its “intactness”, a key criterion for State heritage listing.

“The centre’s entrance building, plant building, swimming and wading pools, change rooms, offices, storeroom and kiosk, landscaping and open grounds for recreation are all essentially original, including original tiles in the pools and turnstiles at the entrance.

“The mosaic memorial mural, prominent on the entrance building’s front wall, is an excellent example of this form of commemoration, recognising the Mackay community’s contribution to World War II with its high quality design, materials and artisanship.

“The centre has been well maintained over the years and has a long and enduring relationship with the people of Mackay,” Mr Seymour said.

According to historical records, Mackay locals had to wait until 1963 for a public bathing complex in the city, even though this kind of facility was proposed as early as 1879.

In 1944, the Mackay City Council employed well-known Queensland architect Dr Karl Langer to design a town plan, including a swimming pool, and while Dr Langer provided a number of plans and sketches for a landscaped pool complex, none came to fruition.

In 1954, Council’s engineers drew up plans for a swimming centre and although a lack of funds delayed the project, Mackay service clubs, swimming clubs, the RSL and the Royal Australian Air Force supported the project, with local fundraising helping to raise £20,000 of the £90,000 needed to build the centre.

The application to heritage list the centre was received from the Mackay War Memorial Swimming Pool Community Action Group in January this year.

Image: Department of Environment and Science.